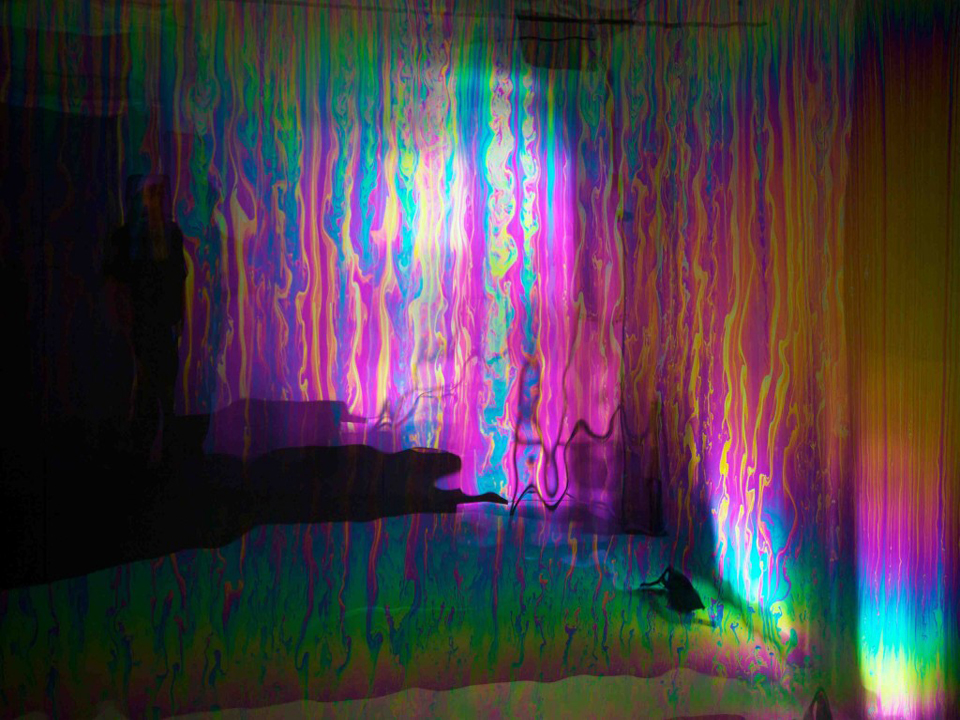 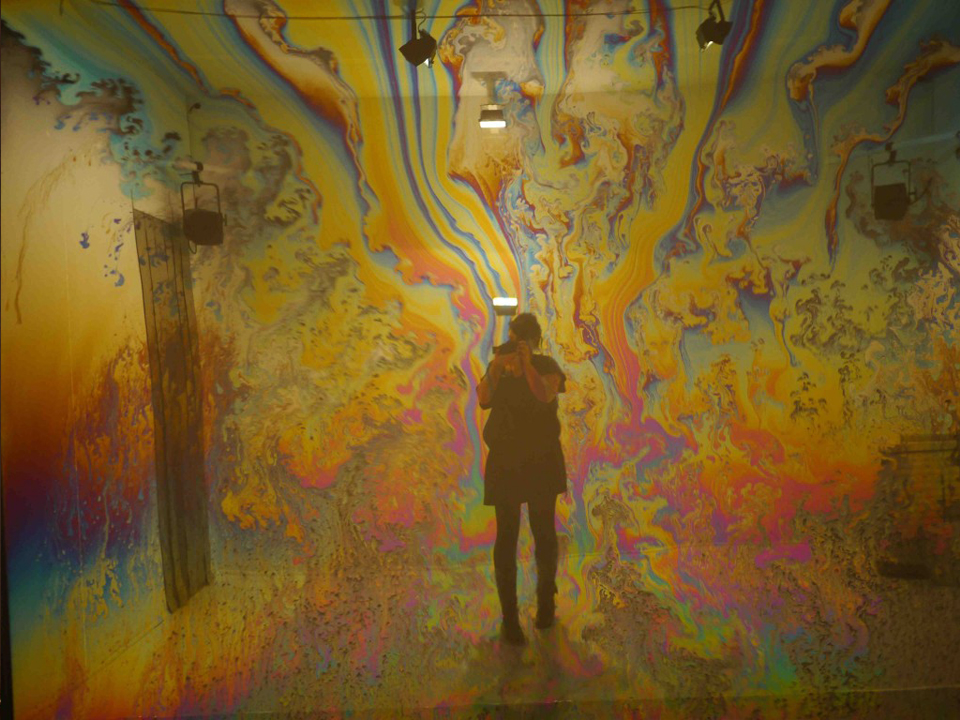 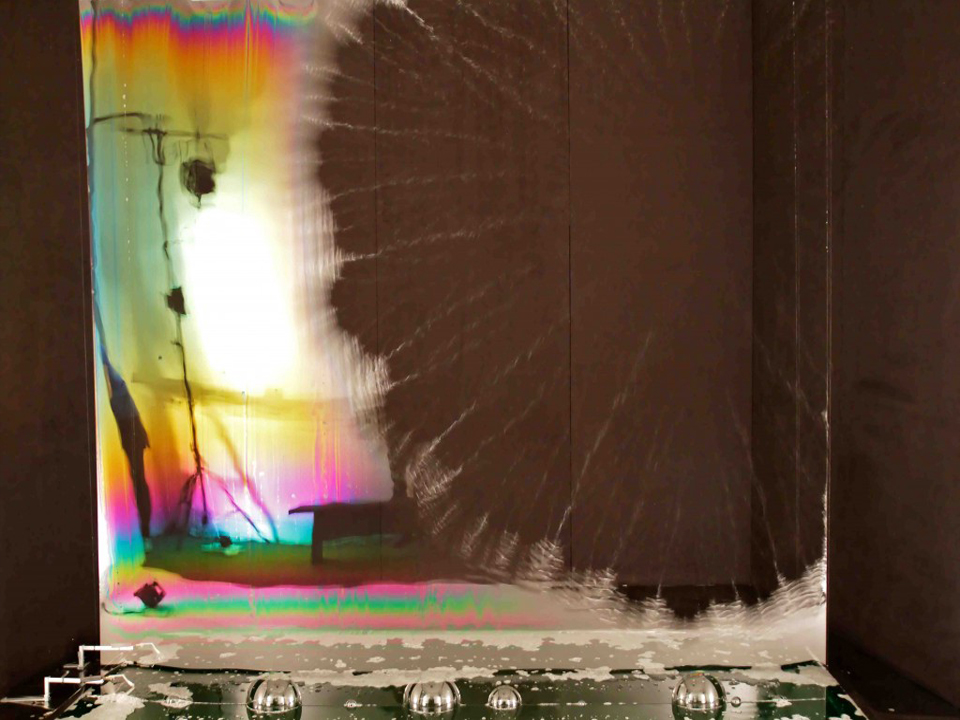 Solace is a cinematic installation that explores the mental process and physical activity of seeing. At regular intervals a handcrafted apparatus creates a monumental soap film as a spatial intervention. Through precise lighting the inner movement of the soap film is revealed, showing a turbulent choreography of iridescent colour and fluid motion. As gravity slowly gets a hold of the membrane the viewer can be fascinated with the phenomenon, until inevitably the fragile film bursts.

Solace is embedded in a context of visual music, expanded cinema, synesthesia and what Assmann refers to as hypercolours, which can be found in both nature and the digital colour spectrum, and are characteristic for her work. In creating her own screens made from thin soap films and the specific use of lights, she's playing with the different elements of the cinematic apparatus in the lineage of expanded cinema. The analogue imagery created in Solace refers to abstract and experimental film, but also to digital visual language.

The monumental transparent screen is lifted as an intervention in the space. It creates a temporary layer that can be seen as a metaphorical reflection on augmented reality. Set against this backdrop of our visual culture, where the perception of reality increasingly occurs in the virtual domain, Assmann returns with to the physical foundations of seeing in which the embodied experience is central.