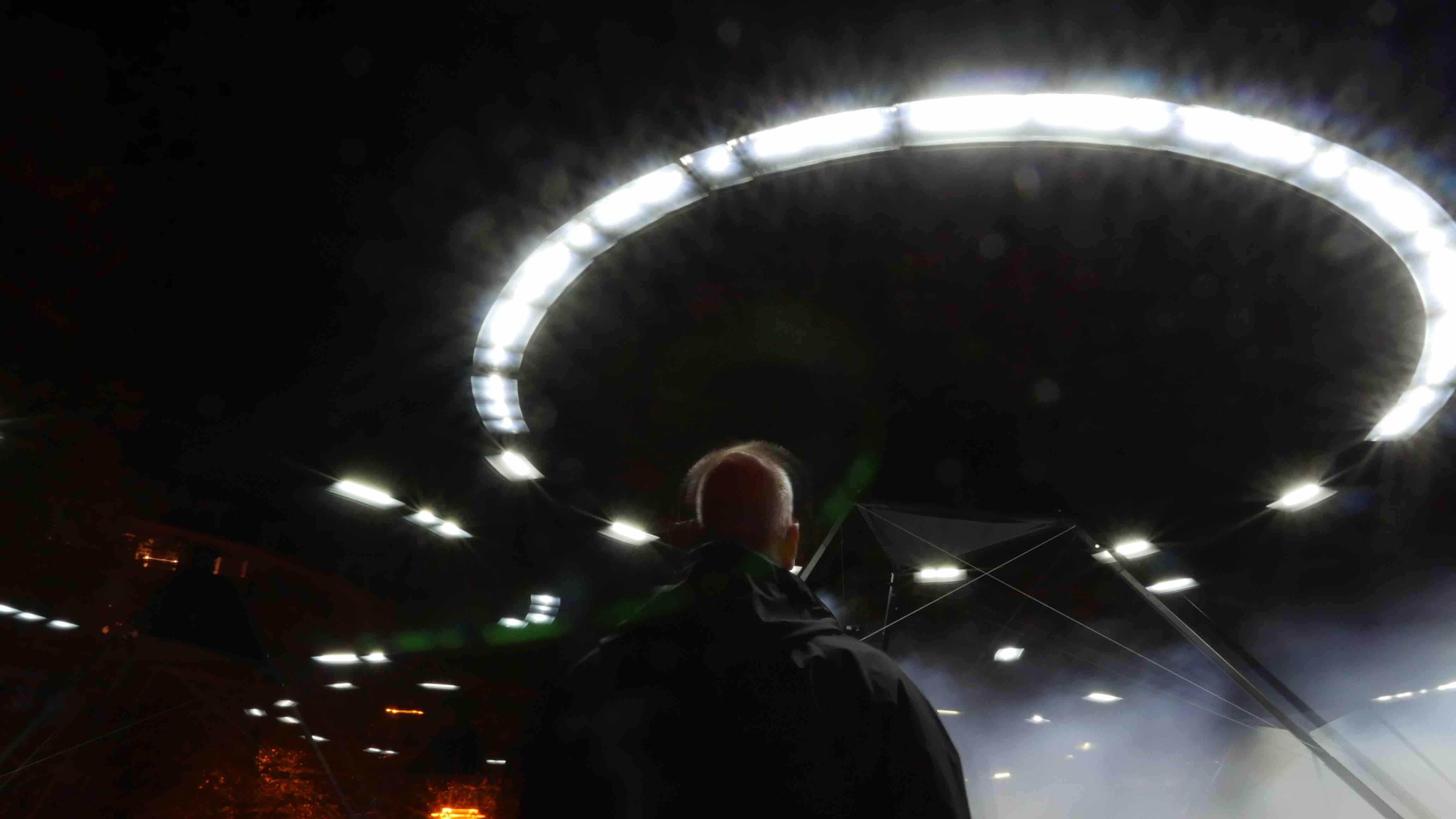 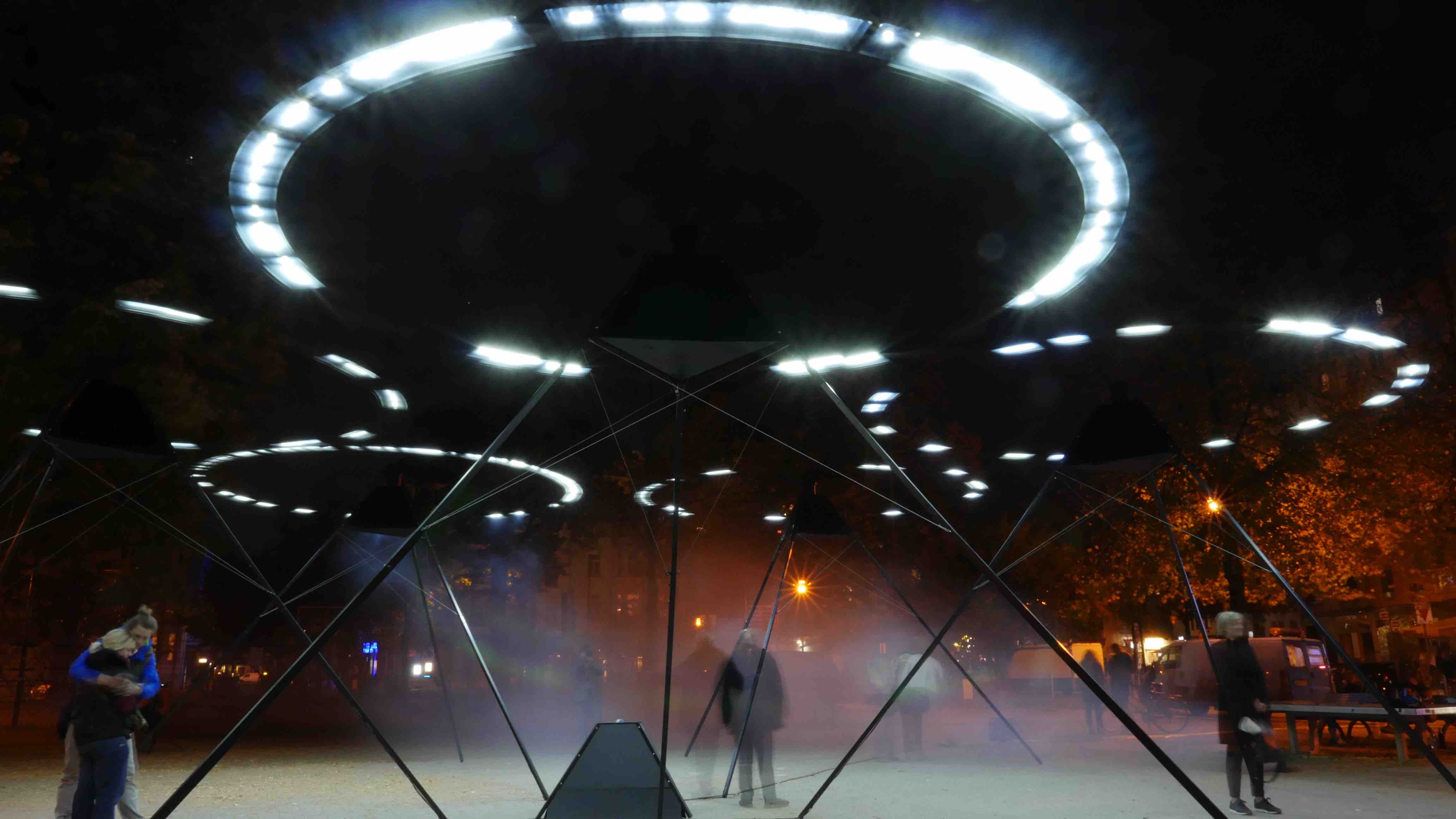 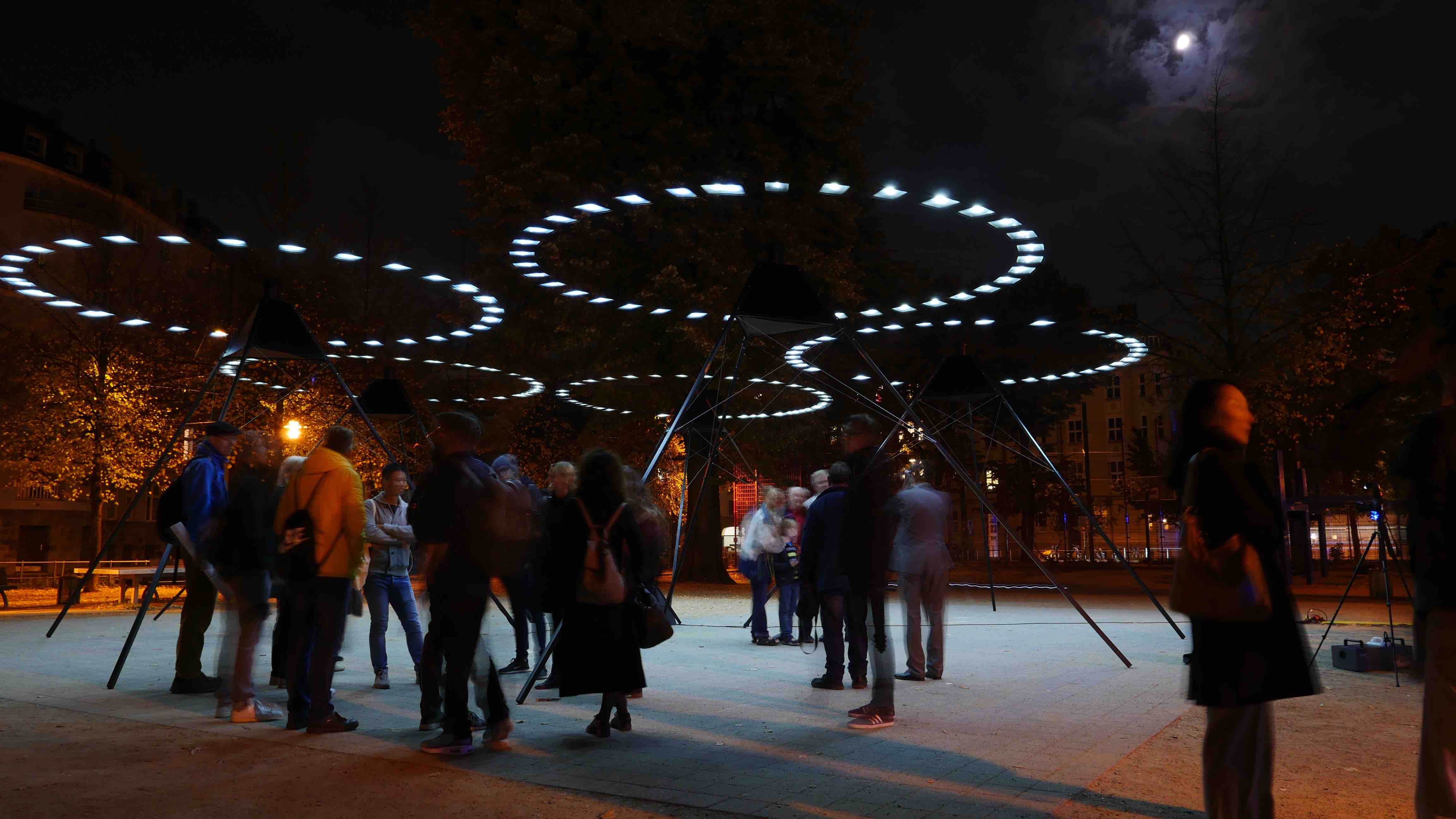 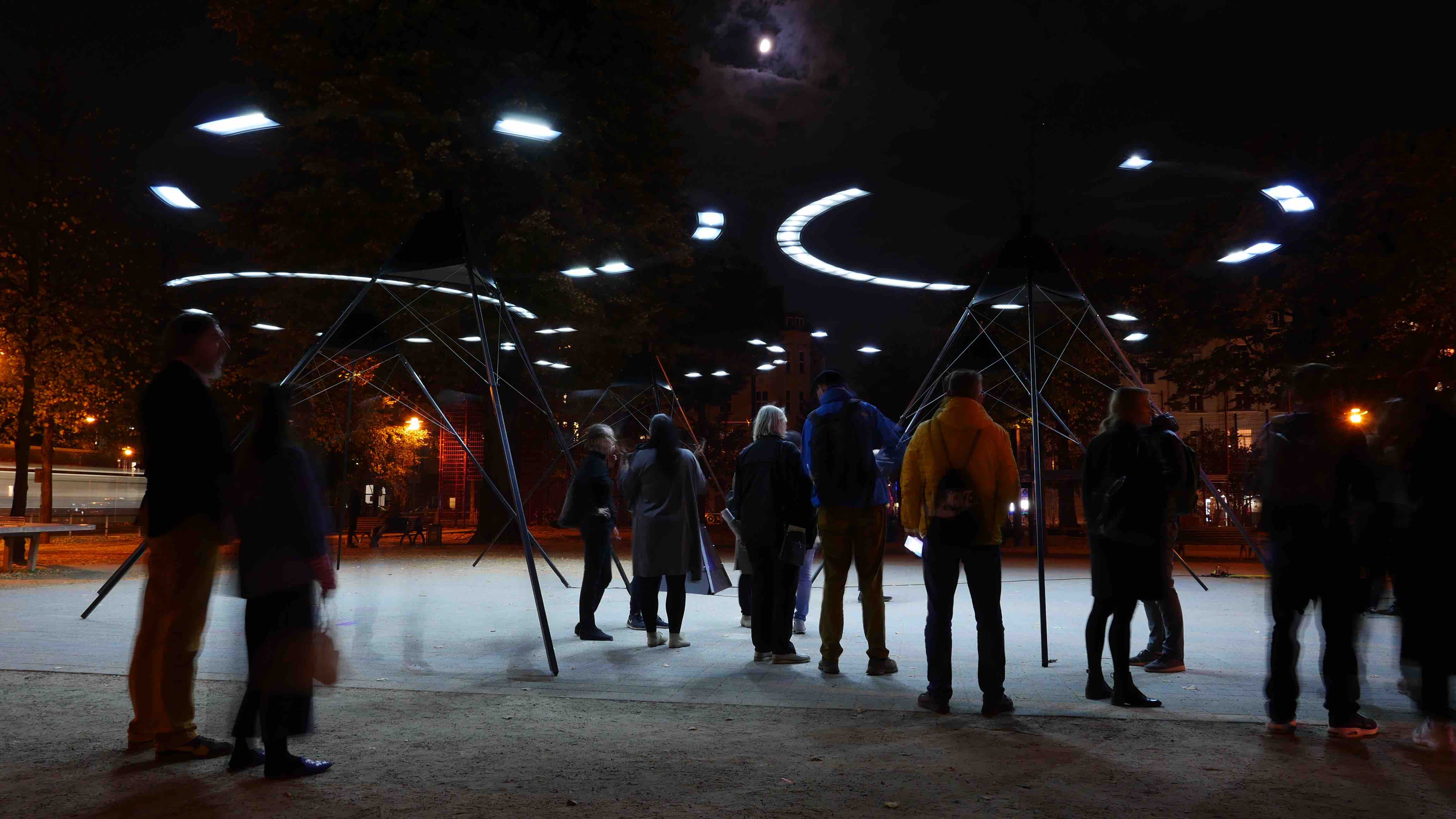 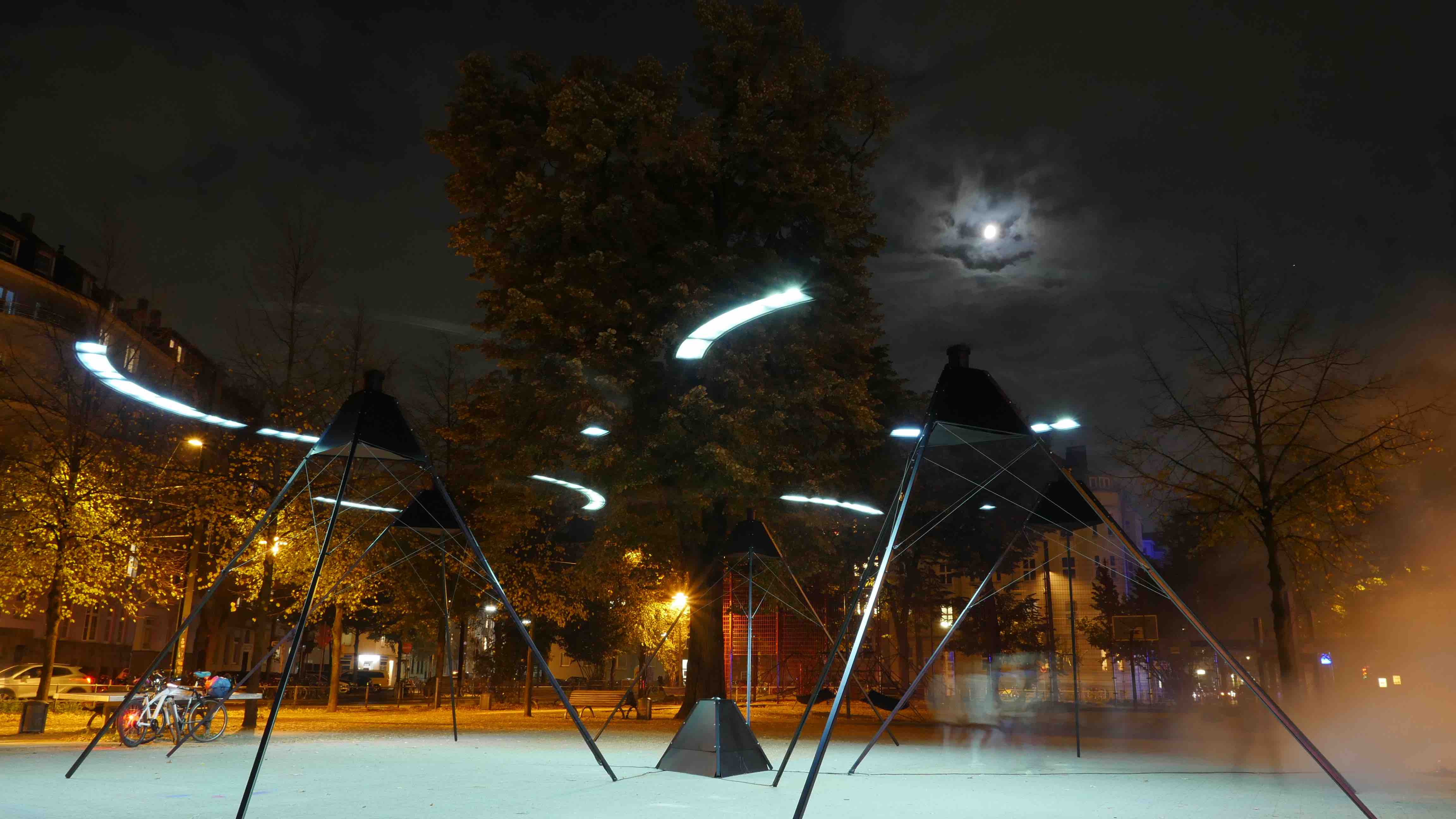 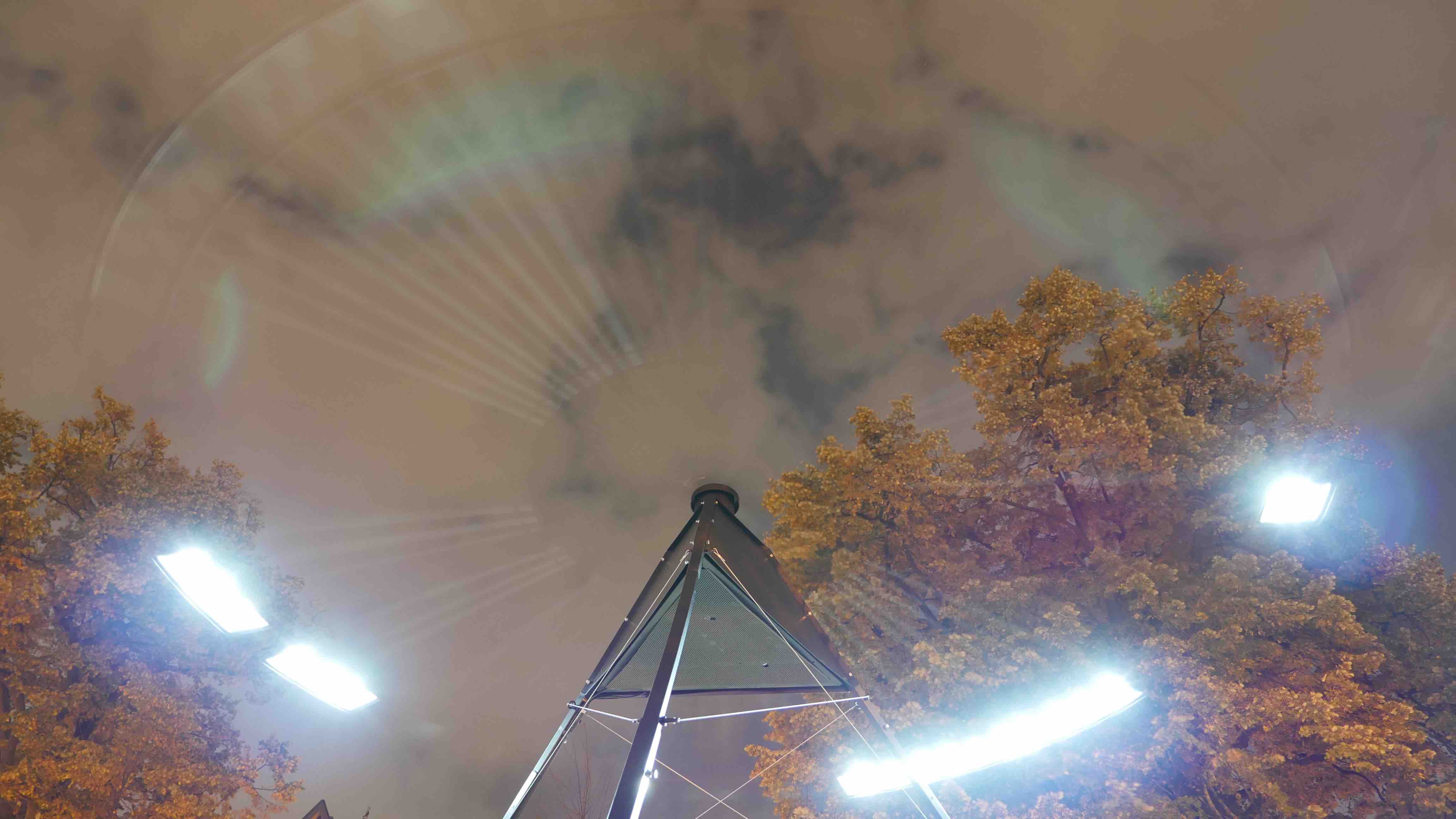 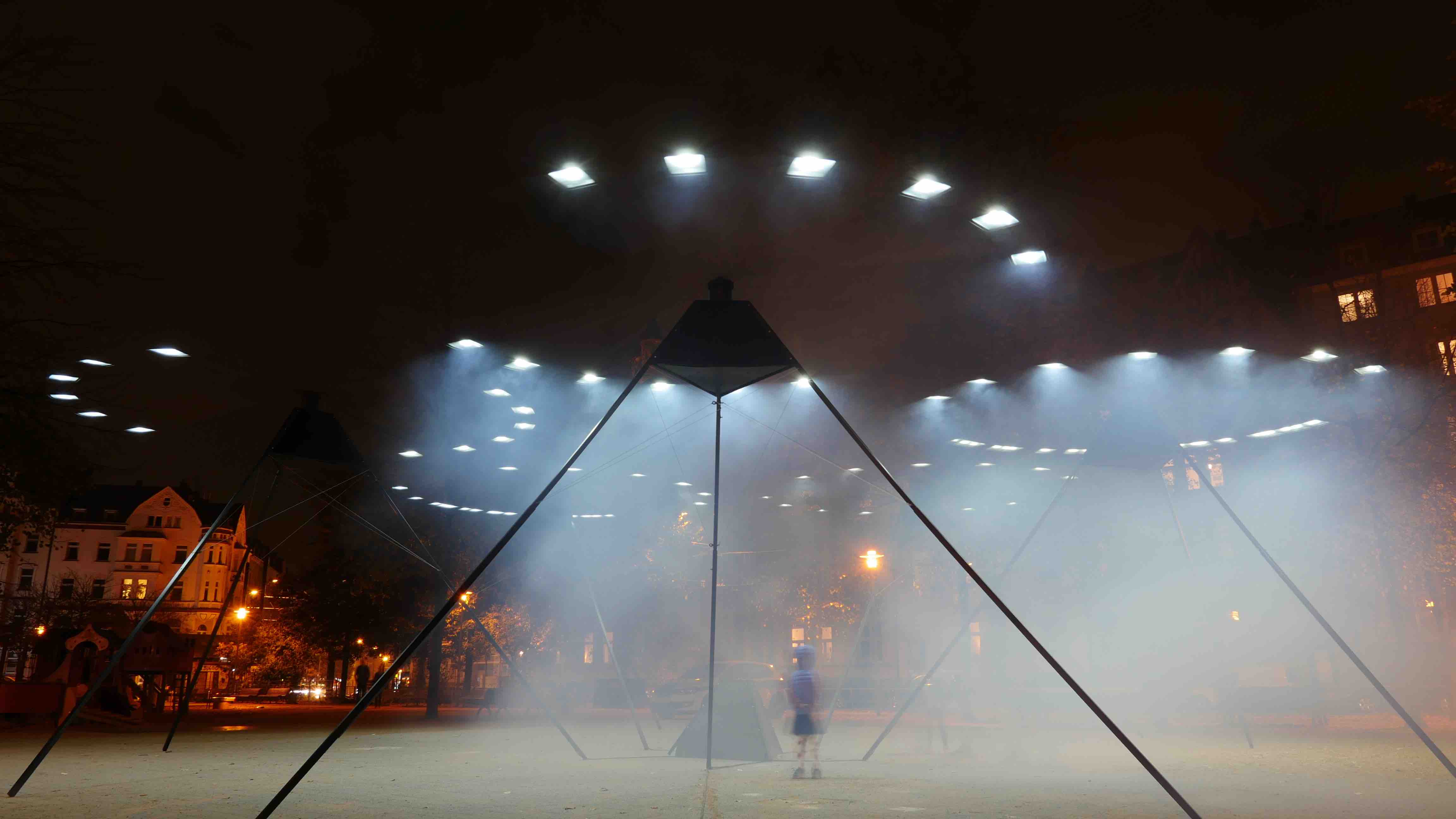 The collaborative works of Assmann and Strijbos are the result of an empirical and on-going research in the fields of kinetic art, light and perception. In their installations the artists focus on creating new media for audio-visual compositions, which are mostly based on internal interaction between different components like motion, light and mechanics. The results can be seen as a form of visual music, an abstract intervention that evolves over time and in space, which have a direct influence on the senses.

The kinetic installations of the duo have a strong geometric visual language and are based on extensive experiments within the visual domain. Through a development over time between the artists and the work created, new forms and objects emerge. Like in their Moiré Studies & Fading Shadows series Assmann and Strijbos develop different machines, which invoke visual distortion and play with the visual senses and made into large-scale installations.

As a commission by the ZERO Foundation and as part of 60 years of ZERO, Assmann and Strijbos created a new work, which is based on the concept of kinetic stroboscopic light and connects to several aspects of this movement.

The installation is based on rotating lights and shadowplay and comes forth from the stroboscopic effect. For their new work they focus on combining these techniques in a spatial circular composition for the five light machines, resulting in mechanically moving creatures of light through which the audience can wander.

“The separate elements resemble beacons, windmills, cranes or big, moving lamps. They could be artificial birds. Strijbos’s work has developed from models to monumental compositions, more than ‘life-sized’ robots in conversation with the landscape. […] And this gives rise to a specific poetic language, to his own style. Joris Strijbos makes landscapes of robots that move collectively and conduct a dialogue with one another. The movements in this landscape looks as though it’s steered by a hidden intelligence, a process that is related to life itself. The composition of identical elements, the austerity in the design, the lack of colour all call to mind the work of the Zero movement of the 1960s. There too colour played almost no role in comparison to the material, the repetition, the light and shadow. Installations, paintings and sculptures, stationary in time, with the only possible change coming from changing light.”*

The immaterial and intangible character of light, colour and motion forms the starting point of Nicky Assmann's work and is inspired by the sun. Her kinetic light works are dealing with natural phenomena, natural energies in the context of visual music and expanded cinema. She is fascinated with the concept of the perpetual mobile connected to different cycles.

Parallel Strata is commissioned by the ZERO foundation, Düsseldorf

quote from the essay “Joris Strijbos’s installations: How to realize artificial life without individual will” Michael van Hoogenhuyze, Leiden, October 2015