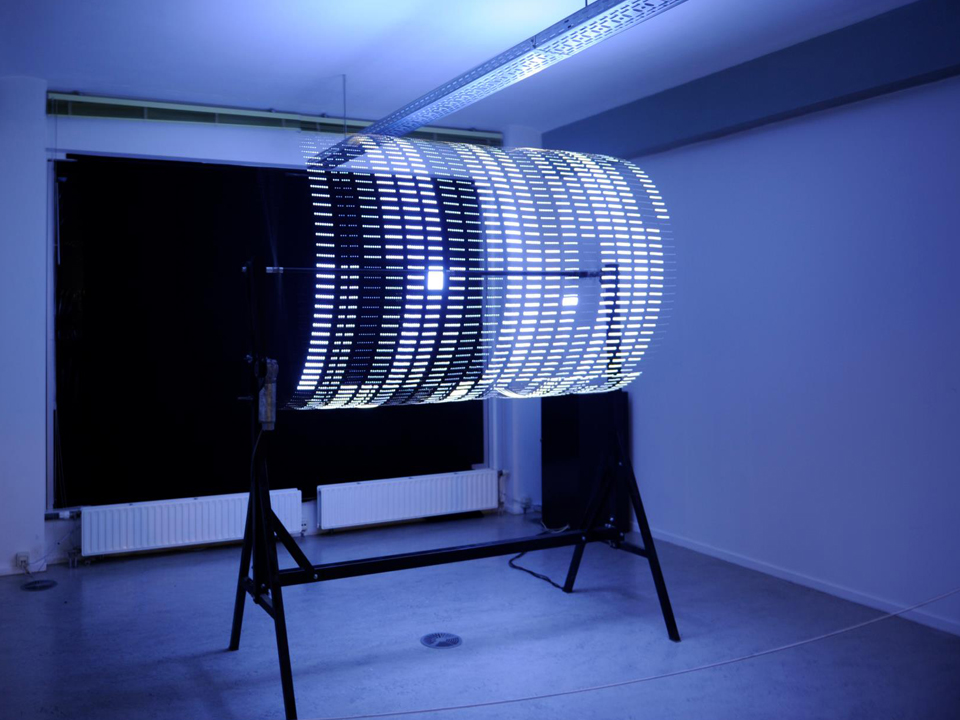 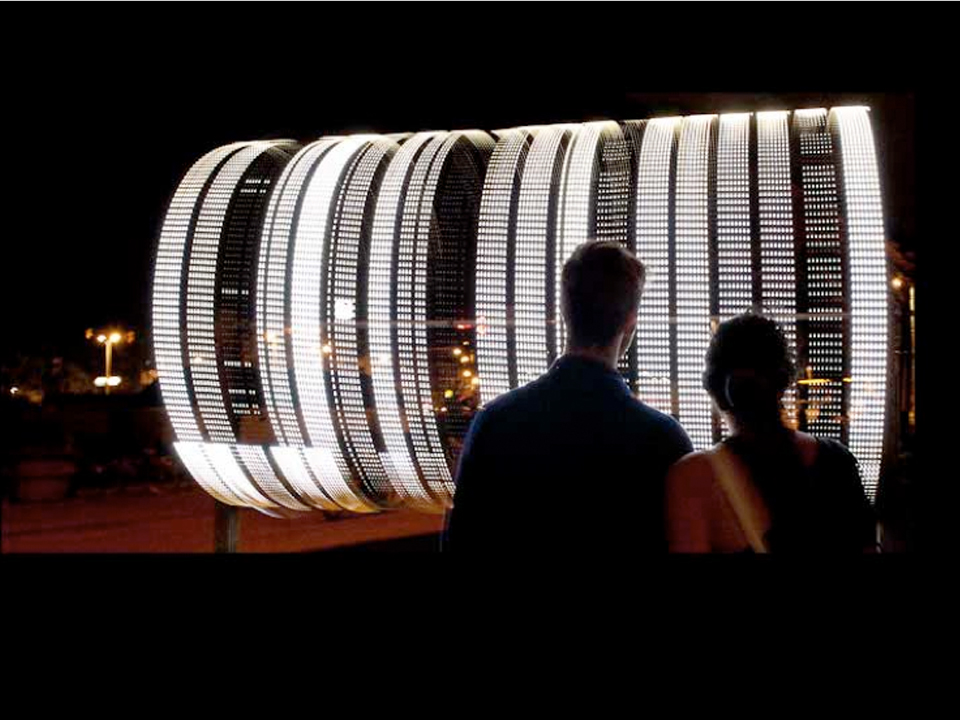 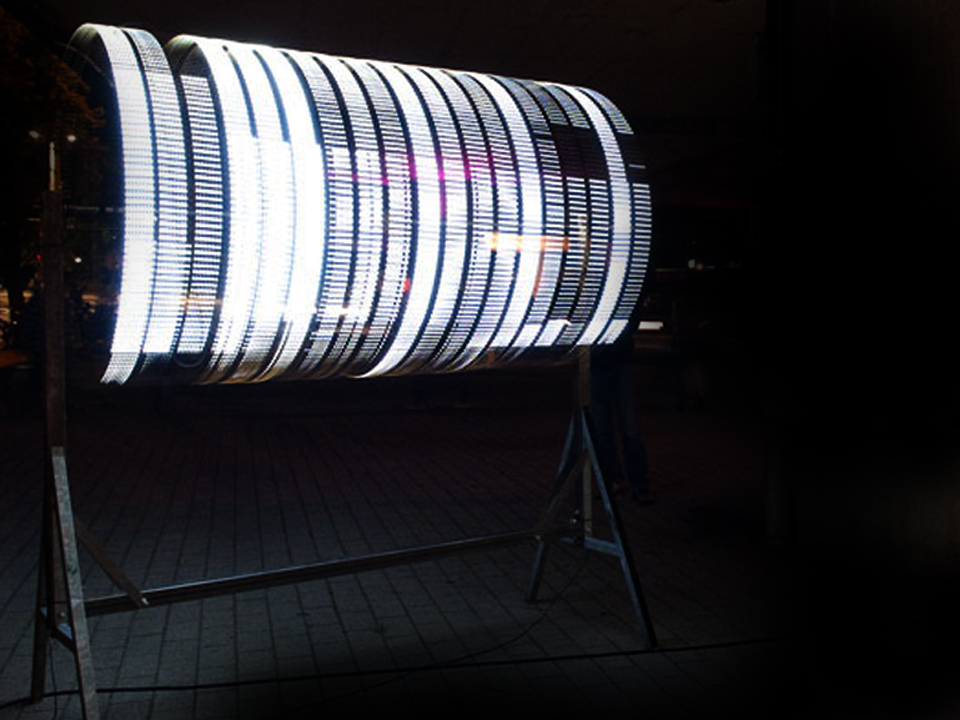 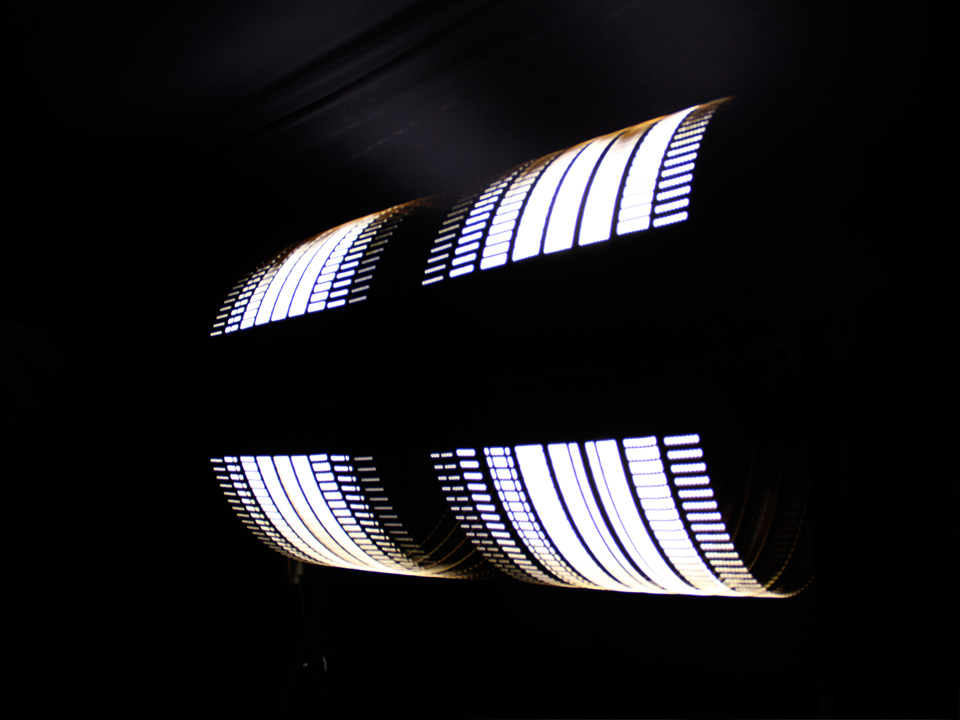 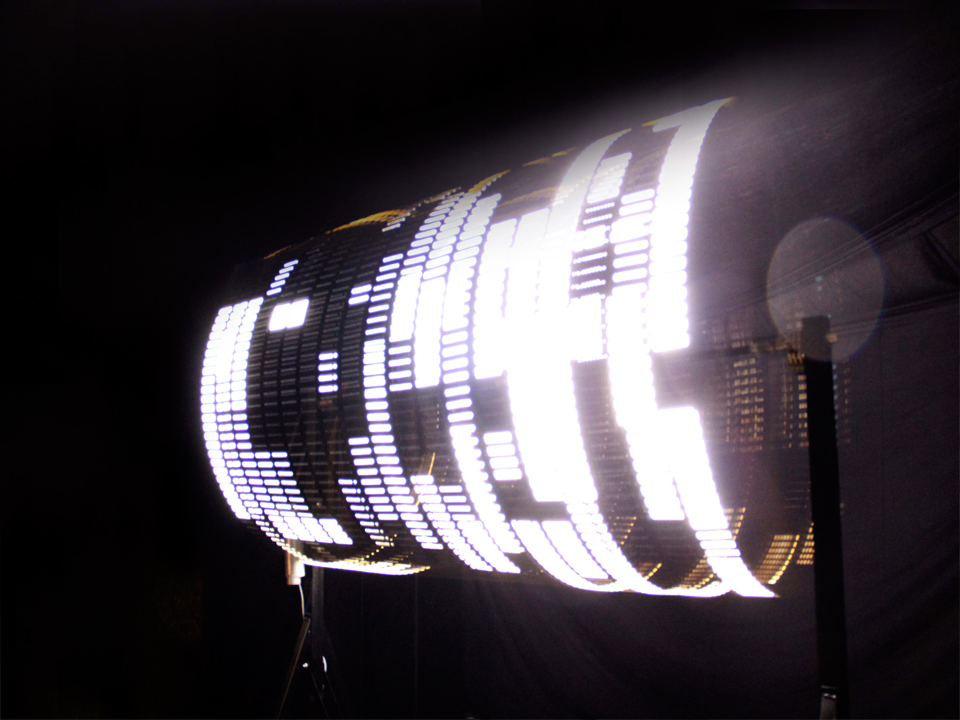 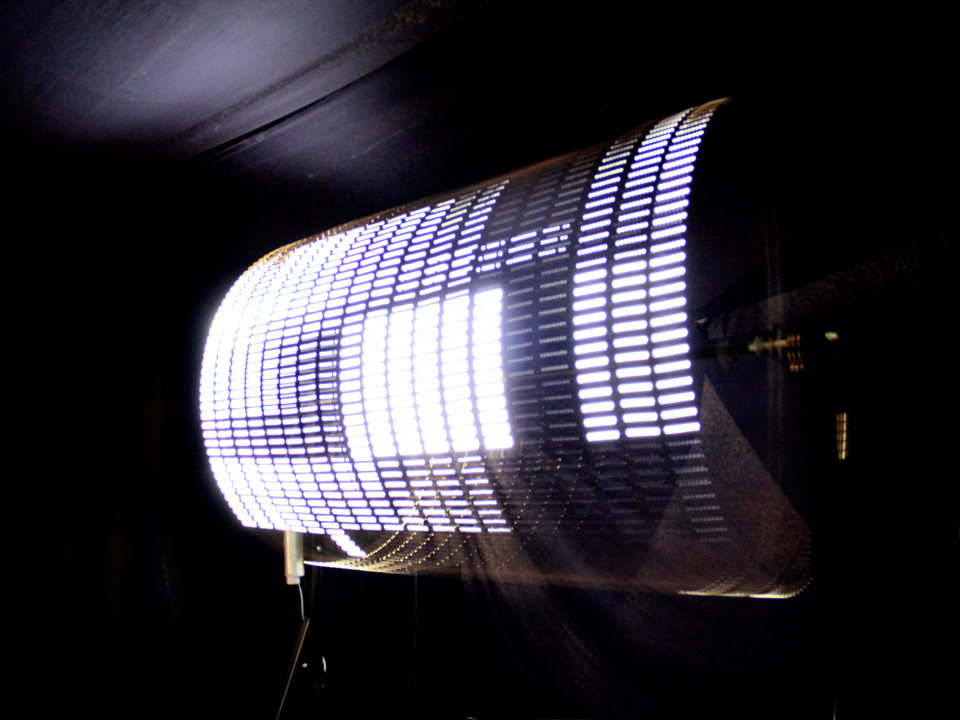 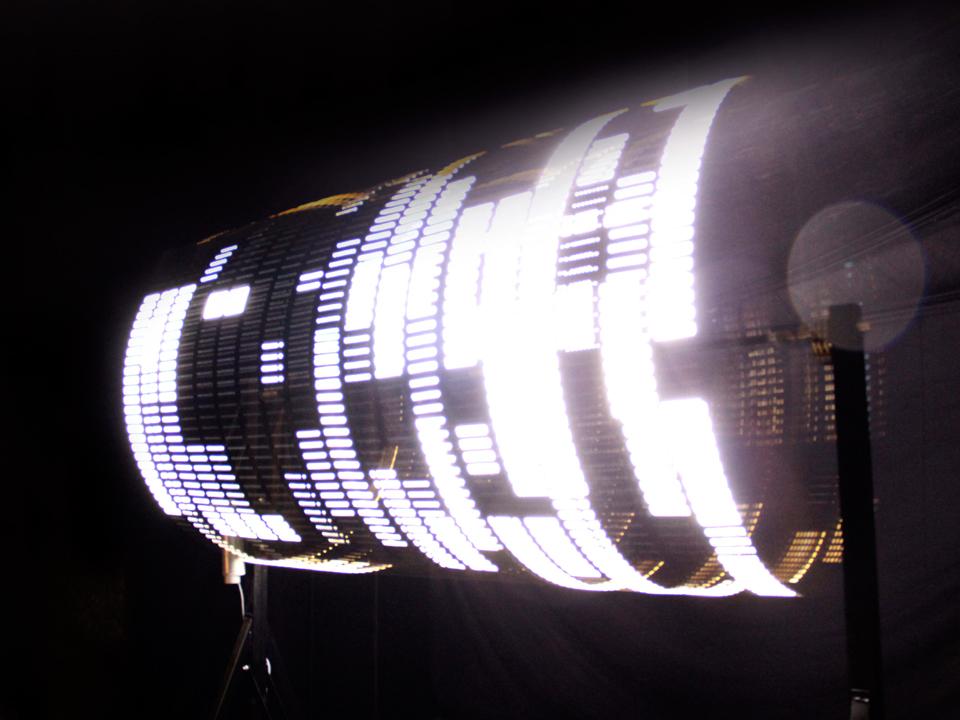 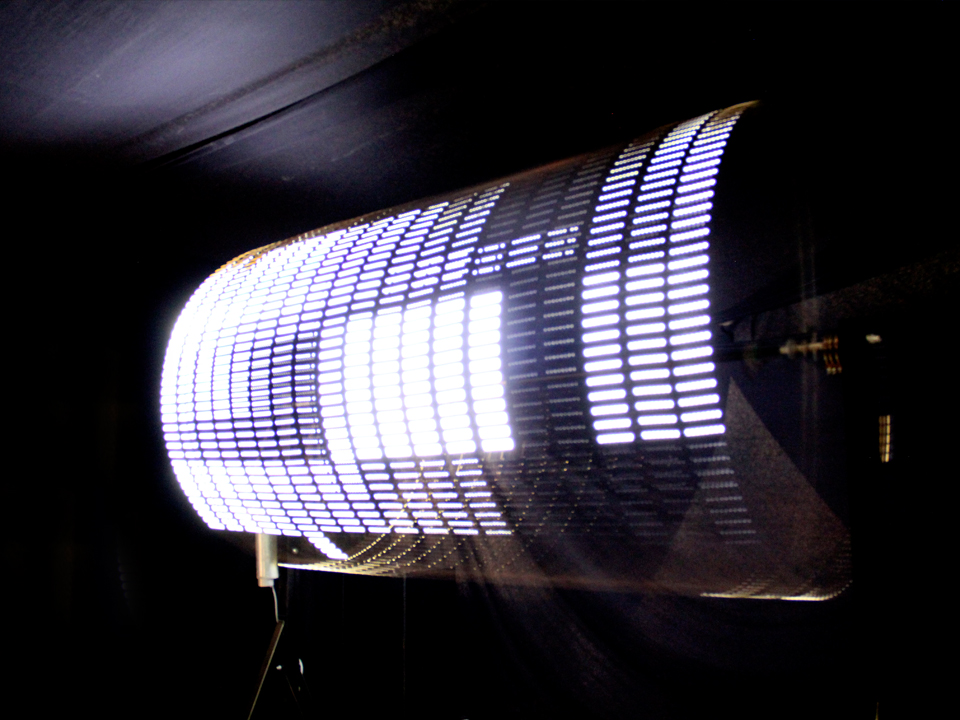 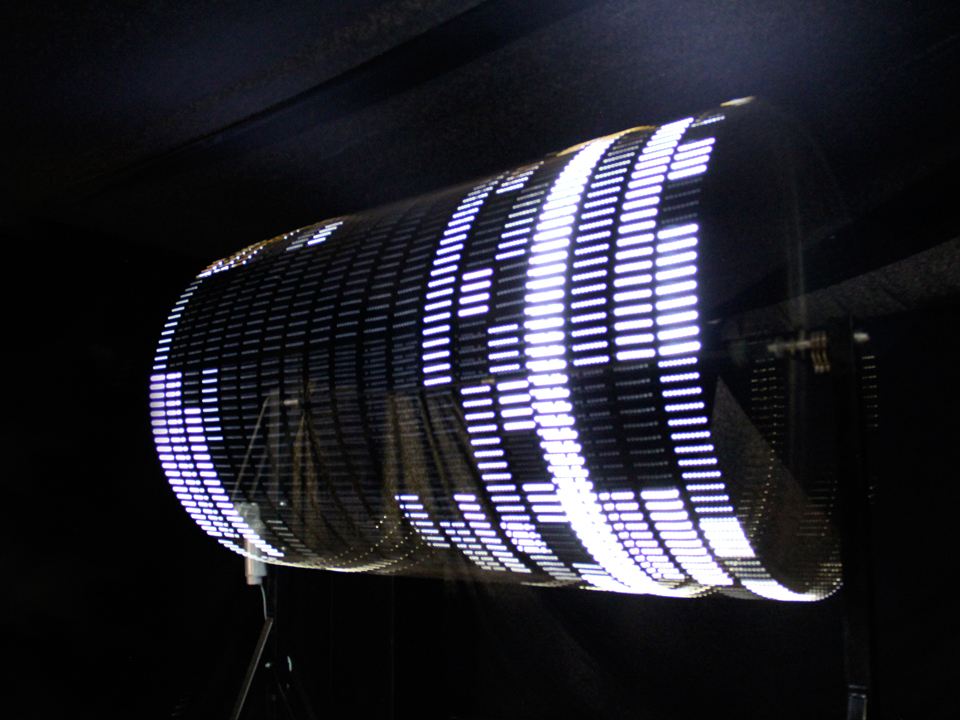 Revolve is a kinetic machine designed to scatter abstract light-patterns into its surrounding space. Hundreds of LEDs are mounted on a fast spinning rectangle performing an algorithmic generative composition consisting of stroboscopic pulses and lines of light. Complex patterns emerge between the fast flashing lights, and the spinning of the object. Resulting in some kind of entity which can be seen as a data flow, a morse signal or even an abstract visual language spoken by the machine itself. ‘Revolve’ is looking for the boundaries of human visual perception. Due to a sensory overload, produced by the stroboscopic light, the after image effect occurs. As a result, the imaginary negative light patterns produced by the retina, become an integral part of the experience, as they mix-up with the light produced by the machine.