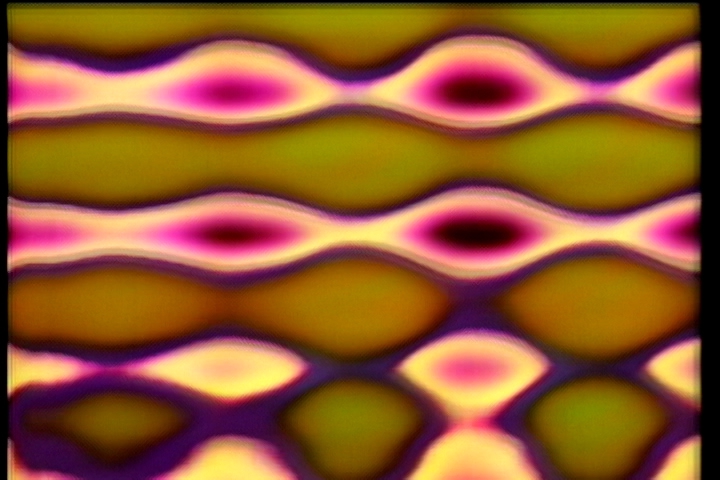 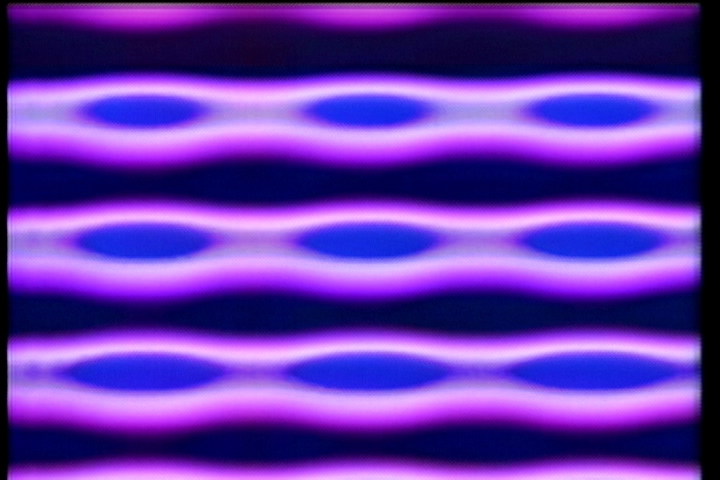 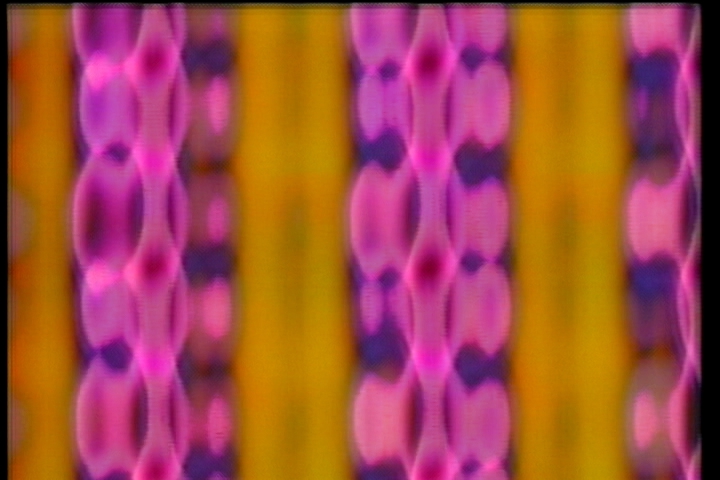 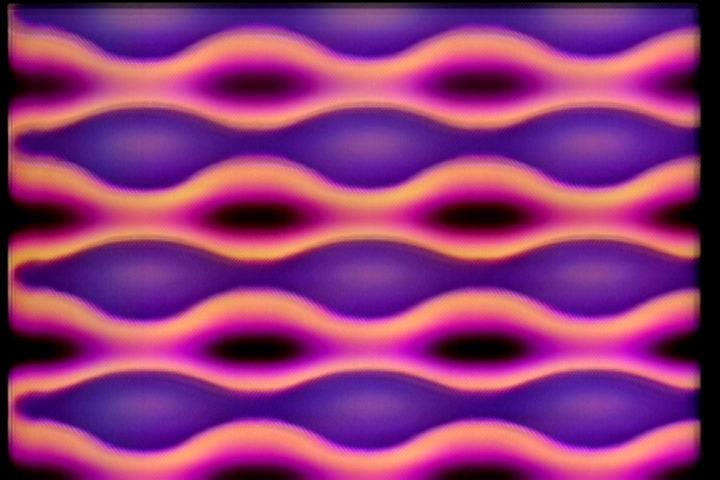 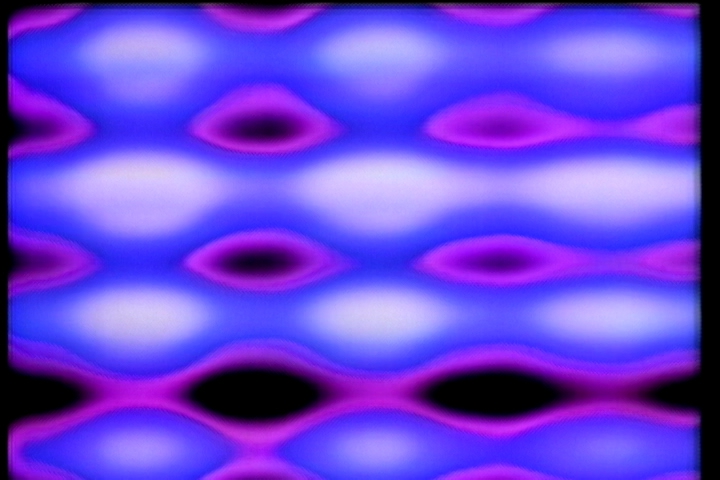 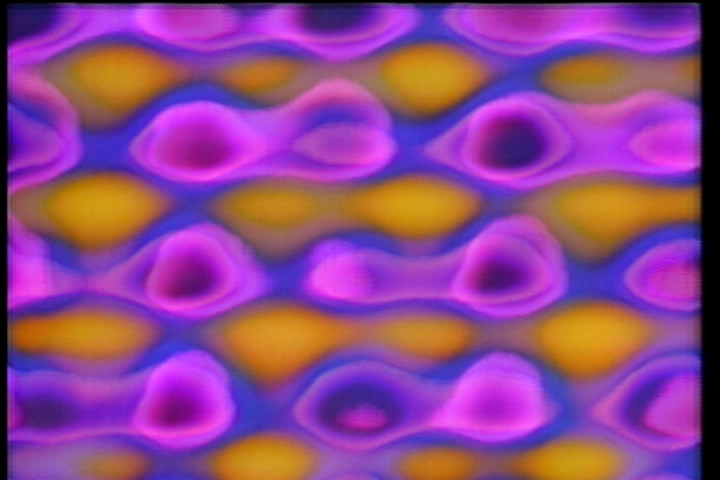 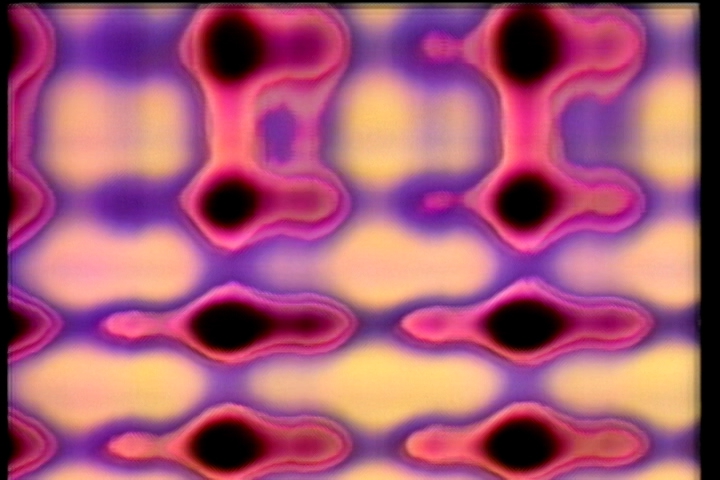 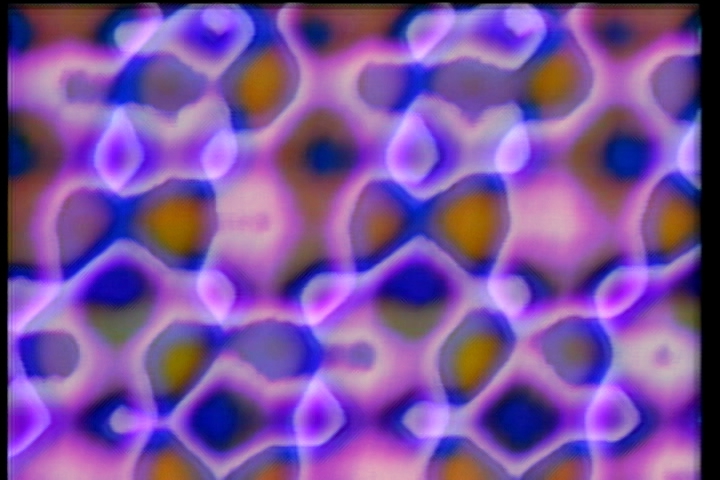 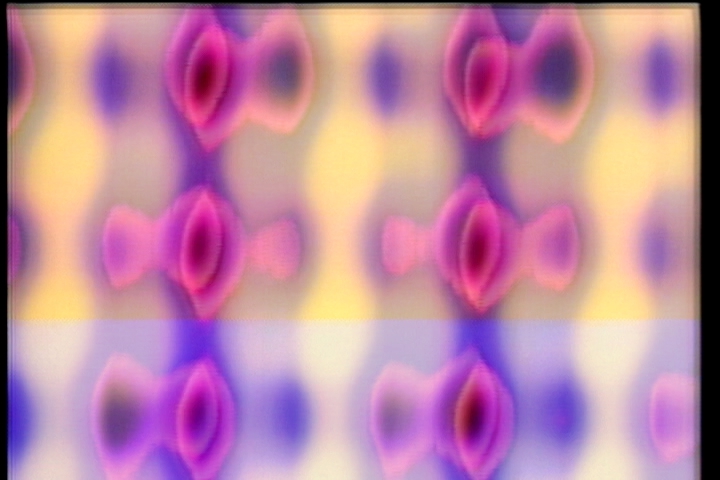 The synthesis of analog video and analog audio is based on oscillations. Audio uses oscillators at a lower frequency than video, but in general creating the signal for analog audio and video is based on the same principals. Drifting is a study of these oscillations and was created using vintage video synthesis equipment coupled with contemporary audio synthesis modules.

In the mid 70s engineer Bill Hearn built the Hearn Videolab after a conversation with video art pioneers Bill Etra and Steve Rutt. The design of the Videolab was based on Don Buchla’s architecture for modular audio synthesizers which he pioneered a decade earlier. The Videolab is a modular voltage controlled video synthesis system that can be used to process and produce a wide range of video. For Drifting the focus was on the synthesis capabilities of the system by combining multiple oscillators to create patterns. These patterns were routed through other video processing modules, such as the Jones Colorizer.

By simultaneously routing the video signal into and out of a contemporary Eurorack modular audio synthesizer, feedback and modulation patterns emerged that introduced unpredictability into the signal flow. The unstable nature of the analog system -producing its inherent drifting- became a defining characteristic of the audiovisual instrument. The film was recorded as an in-studio live performance at the Signal Culture artist in residency.